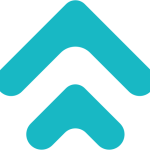 PEACE DEVELOPMENT CREW(PDC) is a Reggae-band based in Hannover (North Of Germany).

PDC engaged into direct contact with the music-scene in Kingston hence was a great experience for the band.

In May 2019 PDC welcomed Heavyweight Rockaz and Colah Colah in Hannover / Germany to perform on the “Masala Worldbeat Festival”.

In November 2019 PDC released the first single of their EP “Reggae Music Oneness”. Shortly after first single, in February 2020 released “Sound String Up”, then in April “Gimme Di CBD”, in June “Mama Afrika” and “Rasta Nation” will be released soon and so on.